Winter fuel and the impact on your DPF

As with gasoline, refiners have to change the composition of diesel fuel in the winter to enhance cold weather efficiency. This change has much less to do with “volatility” and more to do with both cold gelling performance and sulfur reduction.

Removing sulfur from diesel has given us ultra-low sulfur diesel (ULSD) and 3% less “cold weather” energy value than winter low-sulfur diesel used to have.  Lower energy value means less miles per gallon. At $3.00 or more for diesel prices, this isn’t great news.

Refiners also blend additional product “streams” to change the properties of the winter diesel so that its gelling temperatures are reduced. Refinery options include about 180 different kinds of petroleum products coming out of a barrel of crude oil. Some of these, like aromatic chemicals, naphtha, #1 kerosene, can be mixed into the diesel by the refiner in an effort to give a temperature cushion when it comes to fuel flow in cold weather. Not to mention the dozens of anti-gel products available at the local truck stop.

Unfortunately, most of these additions to the fuel result in less energy value and reduced MPG. Normal #2 diesel fuel might have about 140,000 BTUs of energy per gallon. Kerosene has closer to 130,000 BTUs. The more kerosene you mix in to counter the gel potential, the lower the total energy value. Burning more fuel will contribute to additional diesel particulate matter which will adversely affect the DPF system.

What you can do to prevent DPF regens

You don’t want your diesel fuel to gel up and park you on the side of the road. This business is expensive enough without suffering terrible fuel mileage 40% of the year.

Here’s where DPF Remedy Fuel Catalyst comes in to save the day.  DPF Remedy improves combustion efficiency, returning MPG improvement of 10-20% and thereby mitigating the winter fuel problem.  DPF Remedy will immediately reduce diesel particulate matter, which immediately STOPS excessive DPF regenerations. You will improve fuel mileage up to 20% and stop DPF regens even with winter blend fuel.  Feel free to add anti-gel products because DPF Remedy is completely compatible with any other fuel additives.

How to get better gas mileage

In the winter, roads can be dangerous. Here in the Midwest, you take your life in your own hands every time you drive in winter weather. With fog, snow, wind, rain and black ice, being on the road can be very hazardous.

Being cautious and driving slower on the highway not only will keep you safer, but will also help you save fuel

The ideal speed to drive to optimize your fuel mileage is 55 mph. Your mileage drops about 1.6% every mile an hour over 55 mph due to air resistance and rolling tire resistance. Your truck fights these conditions every mile of the way and both of these influence fuel mileage.

At low speeds, there’s very little air resistance but a lot of tire resistance. As the tires make contact with the road, they constantly change shape as they make and break contact with the road surface while the wheel is turning. This continual shape-changing requires energy, which comes from the fuel. If you carry a heavier load, the energy drain by the tires is even greater at low speeds.

At 55 mph, tire resistance is responsible for one-third of the fuel mileage drain, wind resistance is another third, and the last third is a combination of many factors. At 75 mph, air resistance now accounts for almost half (46%) and tires account for much less (24%). For the many trucks that are equipped with high-efficiency tires, you will get less benefit at higher speeds. In addition, driving at higher speeds wears the tires out faster and costs even more money over time.

The net result is almost 40% drop in fuel mileage at 75 mph versus 55 mph. You can begin to see that we shouldn’t be worrying so much about winter diesel fuel as we should about how we’re driving.

I understand you are a professional and you make your own decisions on speed.  You’ll take 36% longer to get to your destination traveling at 55 mph, but you’ll get 39% better fuel mileage than traveling at 75 mph. The longer the trip, the more each factor represents. I know it can be frustrating when you are being pack to reach a destination, but it is important to drive safely and get the most out of your fuel.

Once you’ve slowed your roll just a bit, remember this: Treat the diesel fuel with DPF Remedy in winter and summer months. The increased combustion efficiency achieved by this organic catalyst will increase your MPG by up to 20% and increase horsepower about 3-5%. It works as a DPF cleaner to completely eliminate carbon deposits and prevent them from forming and robbing you of performance. DPF Remedy can reduce Diesel Particulate Matter up to 90% which all but eliminates DPF regenerations. It is the single most important addition to your preventative maintenance program as carbon packing repairs of injectors, doser valves, turbo actuators, EGR valves and coolers.

DPF Remedy will help improve overall functioning of your vehicle while eliminating the cost of DPF and DOC faceplate clogging and excessive DPF cleaning. 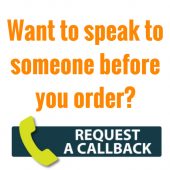